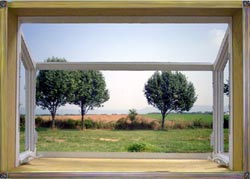 By Fred Tullis:
My wife loves to grow flowers and she's quite good at it! Recently we put new windows in our home. There was one window in particular that we agreed would easily accommodate a Garden Window which she has been wanting for a very long time. We, (mostly she) decided to go ahead and get one. What a great decision, (we made)! My wife loves the Garden Window and her flowers thrive like their on plant steroids! She's always excited to show me her awesome creations. I can tell you this one thing for sure, she's very happy, and we all know, "When Momma's Happy, Everybody's Happy!"
Posted by Home Pro Blog at 8:55 AM No comments: 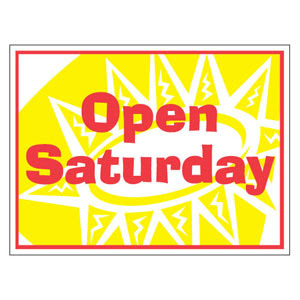 By Fred Tullis:
I understand how difficult it is to get things done in an average day. I work 6 days a week.  It's hard for me to even find time to get a haircut!  We thought about that when we opened HomePro. We considered opening for 1/2 day on Saturday but we were undecided. Eventually we came to realize that there are a lot of people just like us who work very hard every day and they need to be able to get their home improvement ideas in forward motion when they have time, like on a Saturday! So in 1993 we decided to open all day on Saturday's. Did you know that HomePro is the only Home Improvement Company in the entire area who is open on Saturday's, (excluding the big box stores that is). HomePro is truly the only family owned home improvement store anywhere around here where you can come and talk to someone about your home improvement ideas, one-on-one, in a low keyed and relaxed atmosphere. Our one-of-a-kind showroom stands alone as simply the best place to see the most diverse line of high quality exterior building products available in the industry. The fact is, a lot of people do come see us on Saturday's which confirms that our decision to stay open all day was a good one! If you want to talk home improvements, come on in any time but if your schedule is tight, come in on Saturday! We're here for you!
Posted by Home Pro Blog at 10:07 AM No comments: 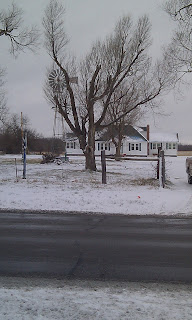 By Rod Haynes:
Lately I've been driving down St. Louis Street in Joplin and couldn't help but notice that a house had been moved into what used to be an open field on the West side of the street approximately 3 or 4 blocks North of Zora.  As the days went on I observed the house being added onto in about every direction until it had blossomed into a completely unrecognizable structure dramatically different from what it once was.  After hearing more about this, I ultimately found out it was a house previously located North of the intersection of Zora & Main Street Road about 1 block and on the East side of the road where the garage and attached building still sit.  In further witnessing the unfolding of the last couple of days I was completely astounded to see the final results.  The home is a beautiful white with a perfectly green trim compliment.  Anyone going by there the last few days I'm sure will have noticed the "HOMEPRO MAN" sign standing proudly out front as well as he should.  It was a unique experience just to be able to see this transformation take place on my daily drive-by.
Posted by Home Pro Blog at 8:43 AM No comments: 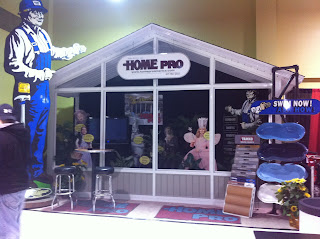 By Rod Haynes:
Recently I was able to attend the Joplin " EXPO " at the Hammond trade center. Although attendance seemed down from shows I've recalled in the past, this didn't hamper enthusiasm displayed by the vendors along with their successful completion of an array of unique displays showcasing every conceivable product or service imaginable. All displays were well represented by knowledgeable people who were happy to explain whatever it was in which their company was noted for. The displays themselves varied from a modest table with literature to elaborate displays depicting themes which gave potential clients an imaginary deeper view of the company image. There were a few displays that achieved that lofty position, but none were better than the exhibition presented by " HOME PRO." For years the theme of HOME PRO has been the " Wizard of Oz "  which was brilliantly encapsulated in the expo display. The suggestion  was that even as terrible as the Joplin tornado was there can still be a happy ending when HOME PRO is included in the rebuilding process.
Posted by Home Pro Blog at 2:26 PM No comments: 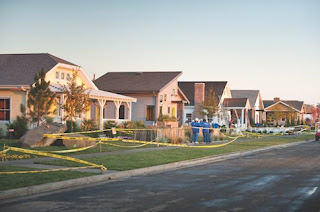 By Fred Tullis:
HomePro was privileged to be a part of the ABC-TV Special, Extreme Makeover Home Edition ~ 7 Houses In 7 Days. As many people already know, it was the final episode and what a way to go out! Our window crew was responsible for installing all of the windows in all 7 homes. What a deal! Our guys worked from midnight til about 10am until the job was finished. HomePro has done several Home Makeovers of our own. Their an exciting challenge for sure! We call in the troops from several different crews to comprise a "Super-Crew". There's a lot of planning that goes into a Makeover project and much work going on behind the scenes so when the clock strikes midnight, (so to speak) HomePro's Super-Crew is able to hit the floor running! It's not all work, there's a lot of fun activities going on including food and entertainment and not limited to an occasional practical joke. Once during a 3 day makeover we did in North Joplin, one of the crew went into the porto potty and as soon as he did John, (the Owner of HomePro) backed a skidsteer into the door so the guy couldn't get out. During a different Makeover we did in Pierce City, I found a switch inside the home that controlled an outlet. One of the guys had his drill plugged into the outlet. I watched as he climbed the ladder to drill a hole. As soon as he pulled the trigger on his drill, I would turn the switch off. The worker would jiggle the drill and check to make sure his extension cord was plugged in and I would turn the switch back on. As soon as he started to drill again, I would turn the switch off. Eventually the worker came down the ladder to check the wire and make sure it was plugged into the outlet. As I saw him coming I would turn the switch back on and then hide in a closet while the worker came to the outlet. As soon as the worker climbed the ladder and pulled the trigger again, I would turn the switch back off. After about 10 minutes the worker caught on and went around the back of the house, sneaking in the back door. I was busted! But only after a hearty laugh among many who were watching it all unfold.
Posted by Home Pro Blog at 3:05 PM No comments: